Personal stories give information about the creative professional development of Ilse. They describe what she stands for and what she promotes. Her unique vision and drive will be highlighted and her personal conviction that runs through her works like a recurrent theme will be explained. It is the sum of the things she paints, writes, throws away, thinks and shares.

“Art enables us to look at ourselves differently so that we better manage the choices we make for the future. There are so many possibilities. By illuminating things in another way, you can expand your view in order to become more conscious in life.”

Drawing as a red thread

Drawing runs like a red thread through Ilse’s life. Although she became a mother at a young age, shortly after she graduated from the Art Academy, she continued to use every hour to develop het drawing skills further. Simply at home, where she was using the kitchen table. In order to further her professional development, she started the study Scientific Medical Illustration (M-level) and after a tough study she established herself as a medical illustrator. Everything went smoothly: her workplace moved from the kitchen to a room for herself and her dream seemed to be realised.

The poetry was missing

Her activities as a freelance scientific illustrator, however, did not make her happy. Medical specialists and publishers mainly asked for computer drawings which hardly inspired her. There was also little room for personal contact. Despite the fact that she gained an income with the assignments and the opportunity to advance her professional skills, she realized that something was missing. She lacked poetry, depth and emotions; in short, she was missing all aspects that had initially driven her to become an artist. Her sensitivity and aesthetic needs were hardly addressed.

This realization induced her to start painting in the evenings and to look for a new direction. It became a turning point in her career. A few years later a larger studio was built and since then this professional environment has provided her with the optimal conditions to combine her painting activities with domestic life. 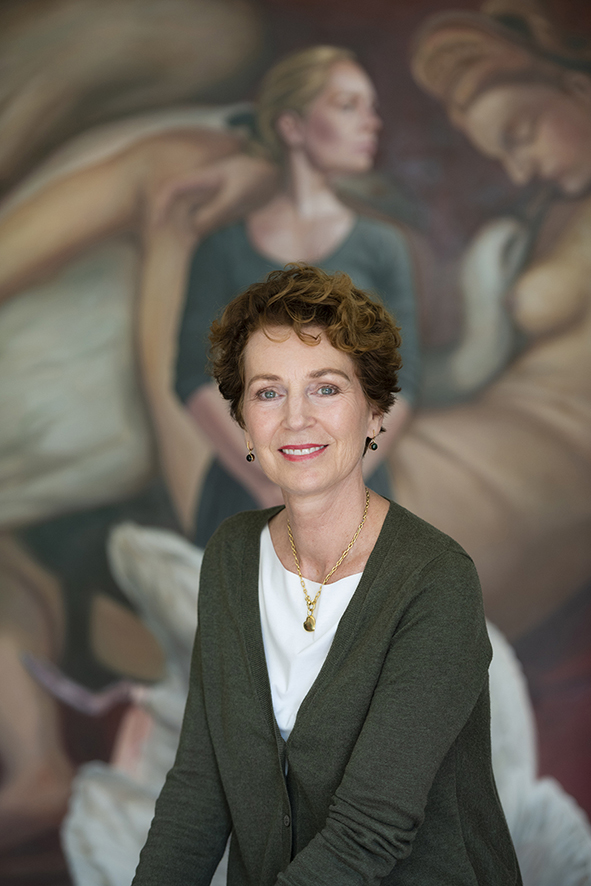 Esthetics became the framework through which Ilse could show her reality. Her daughter Rosaline was Ilse’s first model. At the time Rosaline was 13 Ilse asked her if she wanted to be photographed by her. Despite resistance, because she was insecure about her appearance, Ilse was able to convinced her.

“I wanted to make a painting of her and only needed a photo as she would never sit still for very long. I thought she was beautiful. When others praised the painting, she felt less insecure and began to appreciate her own beauty.  In this way it became an experience with great value for both our emotional lives.”

Rosaline has often been a model, and mother and daughter have regularly shifted their boundaries.

“From the very first painting it became clear to me that art has a different power compared to the language we speak.”

The power of art

The subjects of the canvases have evolved over time. Loving portraits became layered by juxtaposing the innocence of children with cruelty. These themes can be found in society, for example the destructive consequences of oil spills. Other negative aspects of life also became clearer. This gave her art a layering she was looking for. By bringing together the positive and the negative, old and new, dark and light, she strives to bring beauty there where it is not expected.

” There is much grief, powerlessness, hatred and inequality among people. Moreover, we are often dissatisfied, because life is not always as beautiful as we expect it to be. By putting things in a different perspective, a different look on life can be developed. “

Rise above the material

Ilse is happiest when she meets customers who have been touched by her work. Often they cannot express exactly what it is, but there are emotions and feelings that makes a painting play a role in their lives. The work offers recognition in one’s own soul. It can offer comfort, reassurance, hope or support. Or it encourages thinking. These are precisely the things through which art derives its value and for Ilse make her life worth living. Information about the artist, the used techniques, historical background and financial value are all secondary to the emotional value of the work.

“Painting is a choice that makes me very happyto this day. I love to work on expanding my own consciousness and through my work I am reminded of the most valuable things of life.” 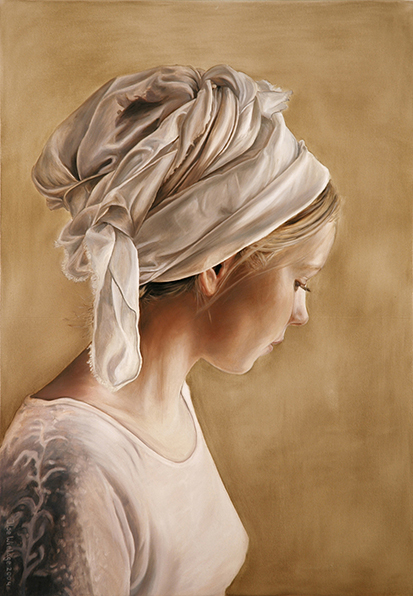